How to Avoid Dangerous Toxins in Your Diet

What you eat may be the single most important toxin-exposure factor that you have control over. When it comes to avoiding toxins in your diet, there are three main goals that you should have: buy organic food, avoid buying foods in cans or plastic containers, and avoid processed or fast foods.

Most of the food that you will find in the supermarket today is packed full of chemicals, many of which pose a danger to our health. There are herbicides and pesticides in produce and antibiotics and hormones in meat, dairy, and farmed fish.

With organic foods, the use of these chemicals is restricted, and plants are not allowed to be genetically modified, both of which dramatically change the contamination level of the product that arrives to your dinner table. (*1)

But what exactly are these synthetic chemicals?

Herbicides and pesticides are poisons that are meant to kill living things, and this doesn’t stop at plants and insects.

Research indicates that ingestion of these chemicals, which are allowed in high levels in traditional agriculture, has been tied to obesity and allergies, with a likely impact on gut health and other chronic diseases. (*1)

Many herbicides and pesticides are known to be dangerous to humans when exposed to large quantities, or small quantities over a long period of time. (*2) There are others about which we do not yet have enough research to know for sure what impact they have on human health long term.

But what about the government – don’t they monitor these chemicals?

There are simply too many herbicides and pesticides for the government to monitor (9,700 pesticides alone as of 1996, at the last count), and it would be costly and time-consuming to thoroughly test the safety of each synthetic chemical before it is used on the foods that we eat.

This is why most of the studies on these chemicals have been conducted by the very companies that profit off of their production, leaving consumers with reason to question the quality of these studies and transparency of results.

Simply washing your produce will not wash away all of these contaminants. This is particularly true for GMOs, or genetically modified organisms. GMO plants are those whose genetic code has been changed or modified. (*2,3)

The majority of GMOs have been bred to be resistant to specific herbicides and pesticides (so that they can live through being sprayed with much more of these synthetic chemicals than could a non-modified plant), or have been bred to actually have these toxic substances as part of their tissues.

For the consumer, these GMO plants guarantee an increased exposure to herbicides and pesticides, even when you wash your produce thoroughly. There is no way to wash away synthetic chemicals that are now part of the plant!

Meat and dairy products that are not organic, such as beef, chicken, milk, eggs, cheese, and butter, are even bigger contributors of toxic substances than are plant foods. The reason is twofold:

Hormones are commonly used to increase dairy cow production and accelerate livestock growth. (*2) The most common hormones used in agriculture are estrogen and testosterone.

Elevated dietary estrogen throughout one’s lifetime is linked to an increase in breast cancer risk, and some studies have found that bovine growth hormone may cause cancer. The studies that do not tend to find this link are often funded by the meat and dairy industries, with those that are independently studied often finding this link.

When it comes to these hormones, no one knows how much is safe, or whether any level is safe. The effects are hard to study in a lab, and causal links are hard to identify in real-life.

The correlation between hormone use and certain cancers is strong enough that many countries, including the European Union, Australia, Canada, New Zealand, and Japan, have banned bovine growth hormone, with the EU banning the use of any hormones in beef. (*2)

Antibiotic use may be just as bad as hormones when it comes to long-term health. Antibiotics are a poison designed to kill bacteria. Unfortunately, just as with the impact of herbicides, pesticides, and hormones, the risks to human health have not been well studied. (*4)

Antibiotic resistance is not only a concern for the future, but for the present day. In 1999, roughly 11,000 people caught intestinal illnesses thanks to antibiotic-resistant bacteria that came from chickens being fed antibiotics. This happened because the bacteria that live inside of a group of animals fed a certain antibiotic consistently over time will become resistant to that antibiotic. (*5) When those who came down with this illness attempted treatment, the traditional antibiotics were no longer effective.

Additionally, researchers are starting to recognize that antibiotics can directly cause harm to human health. (*6) The use of antibiotics is linked to many mood disorders, including anxiety and depression. This is thought to be due to antibiotics killing off the healthy bacteria that live in our digestive tracts that have recently been found to be critical for optimal mental health and mood.

The Most Important Food to Buy Organic

There is one problem with organic food: it is almost always more expensive than the same food that is not organic. If you can afford to purchase all organic food, that is great; however, most of us cannot make that big of a change.

What is best to do is to purchase all organic meat and dairy products. It is also best to avoid fast foods as these are some of the most contaminated foods on the market today.

Canned foods and plastics that are used in food packaging and storage are two of the leading sources of Bisphenol A (BPA). (*7) This synthetic chemical is known to disrupt our endocrine system, interacting with estrogen receptors.

Because of its ability to disrupt our hormones, BPA has been implicated in a wide variety of endocrine disorders in both men and women, including:8

Studies suggest that this chemical may bioaccumulate, making it important to do your best to avoid foods that are packaged in cans or in direct contact with plastic. This extends to what you use to eat and store food at home. It is best to avoid all plastic products, from disposable silverware and plates, to water bottles and food storage containers. (*9)

What’s more, BPA is not the only endocrine-disrupting chemical found in plastic products. One study examined the estrogenic-activity of a wide array of commercially available plastic products, including those that are labeled “BPA free,” such as baby bottles. (*9) They found that nearly all of these products leached chemicals that have detectable amounts of estrogenic activity, even those that are BPA free.

Your best alternative is to use glass, metal, and ceramic products rather than plastic. If you do store or purchase food in plastic containers, do not microwave or heat them, as this can encourage the leaking of BPA and countless other chemicals (many of which have not been tested for human safety) into your food.

Ultra-processed food contributes to roughly 25% to 50% of total daily calories consumed by the average citizen in many westernized countries, including the US, Canada, Europe, New Zealand, and Brazil. (*10) Consumption of this type of food has been found to increase cancer risk and incidence in these countries, along with the risk of obesity and many other common disease states.

Examples of common ultra-processed foods include:

While there are many reasons that these ultra-processed foods are bad for health, one of the main reasons is that they contain numerous synthetic chemicals that are likely to harm human health. (*10)

It would take a novel to overview all of the chemicals presently known to be detrimental to human health that are found in this type of food.

Some of the processes that are to blame for the high level of toxins in highly processed and fast foods include:10

Remember, when it comes to exposure to toxins, we all are exposed to countless toxins daily. No one can fully eliminate them, but it is important to do what you can to reduce your exposure. You may not be in a position where you can cook every meal from scratch, and that is okay. Making small changes, such as having an organic smoothie for breakfast, rather than heading to Starbucks for your morning caramel macchiato, can make a big difference over time.

2. Smarter food for a healthier you
https://www.webmd.com/diet/features/safer-food-healthier-you#1

3. Fast food fever: reviewing the impacts of the Western diet on immunity
https://www.ncbi.nlm.nih.gov/pmc/articles/PMC4074336/

4. A review of antibiotic use in food animals: perspective, policy, and potential
https://www.ncbi.nlm.nih.gov/pmc/articles/PMC3234384/

6. Antibiotic exposure and the risk of depression, anxiety, or psychosis: a nested case-control study.
https://www.ncbi.nlm.nih.gov/pubmed/26580313

7. The consumption of canned food and beverages and urinary Bisphenol A concentrations in NHANES 2003-2008
https://www.ncbi.nlm.nih.gov/pmc/articles/PMC5003675/

9. Most plastic products release estrogenic chemicals: a potential health problem that can be solved
https://www.ncbi.nlm.nih.gov/pmc/articles/PMC3222987/ 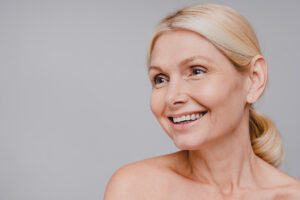 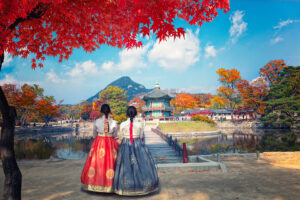 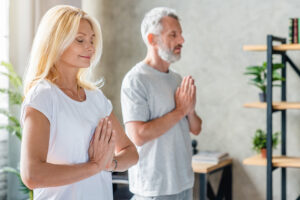 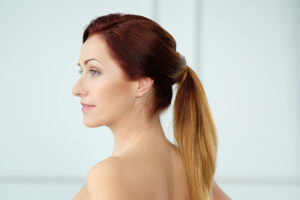 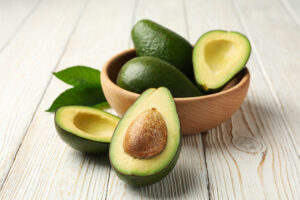